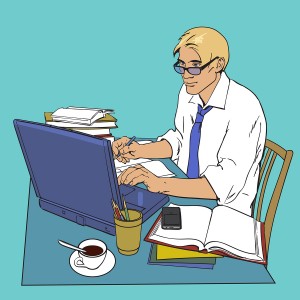 As I’ve studied the art of fiction writing, I’ve learned that it is much more an art than a science. What works one day is proved false the next. What readers eat up today, they toss aside tomorrow. Clearly the art of writing fiction takes patience and a willingness to push the envelope.

I’m reading an interesting book by renowned editor, Shawn Coyne, who has seen the trends in fiction come and go. In his book, Story Grid, he shares what he’s learned over the years. Let’s look at some of those points and see if we can discover what works with writing fiction and what doesn’t work.

Coyne is clear that if you don’t pay attention to genre, your story will lose out. He talks about becoming a successful author and by success he means not just publishing but publishing a best seller. Genre is key. He lists the components necessary in particular genres and says if any of those are missing the story will not make it. He further advises authors to read books in the genre they write.

Later Coyne lists the various genre and shares book examples, but he notes that some books combine genre. They may be Thrillers but also Horror. As an author, this makes it more difficult to determine genre. If you write a clear and perfect Thriller, it may not be juicy enough to create interest. For that reason many best-selling authors combine genre.

Tip #2: Know where your story is going #amwriting #writingtips

Coyne says scenes start in one place and end in another. There’s movement in the story. If there is no movement, the story goes no where. Usually the story starts with a negative and moves to a positive. At the end, you want the readers to feel satisfaction. Although Coyne points out that some authors have ended with disaster, most tie everything up and leave the reader rejoicing in life as usual.

Tip #3: Coyne says that genres are popular one minute and not the next #amwriting #writingtips

Some last a long time and others disappear overnight. He says that today’s most popular genre is the Thriller. The rationale is that much of our world is based on fear (fear of disease, fear of losing our jobs, fear of losing our money, fear of ISIS, fear of election results.) The Thriller genre creates fear but ends with the hero overcoming the obstacles.

Will the Thriller genre last? In its present mode, maybe not. Coyne points out that today’s Thrillers are a combination of action and horror. Tomorrow’s Thriller might be something totally different. Coyne also argues that long historical sagas like Pillars of the Earth by Ken Follett are not as popular as they once were. But could return.

Coyne goes on to give writers pointers on how to build tension and suspense in their books and ways to deal with negative/negations in theme.

As a writer, I picked up a number of good points in this book. But I continue to preach: writing fiction is not a science. We cannot take a formula to it and expect it to work. Sure, James Patterson writes formula books and makes a fortune doing it. But, is he an artist?

That balance of formula and art are what make the best books great–whether they hit the best seller list or not.

If you want to read a book full of suspense that captures everything Coyne suggested and did so unwittingly, read the award-winning Clock Strikes Midnight. Here’s a sneak peek.