Recently I was asked by an interview,

What surprised me about my writing career? #writingtips

He included the creative process, publishing or editing. Admittedly nothing in the publishing or editing process particularly surprised me. I realized going into this field that getting published would be a challenge and would require all my powers of persistence. I also recognized that without support from well-known writers or publishing houses, I wouldn’t attract the attention of the big houses or an agent. No surprises there. That was simply realism. 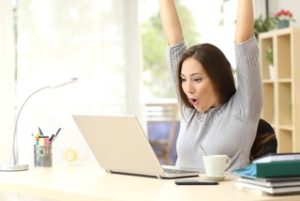 As for the editing process, there were no surprises there as well. I understand that editing is the hallmark of good writing. Once I writer said her first draft was always perfect and she rarely made any changes, I recognized that statement as unrealistic.

For me, writing is a process and as such, it must always be tweaked and polished #writingtips

Editing does that. Perhaps I didn’t realize in the early days that editing and creating were so different. That may have surprised me a bit. Editing requires a different kind of thinking–ruthlessness. Creating is softer, more forgiving.

So, what did really surprise me about writing? The answer lies in the creative process. I’ve always been a very organized person, with to-do lists and clear paths. I set those paths and I maintain a high level of discipline to meet the goals on those paths. Creative writing lapses in a different world. When I set out to write my first novel (a practice novel–one that will never be published), I began with an idea. The outline in my head had a fuzzy path, nothing concrete. Before long, my mind took me to places I’d never been or seen. Characters emerged with ideas of their own.

The discipline I’d learned in my life, fell away #writing surprises

The surprise is that if I fought to bring the story back on the path I had original planned, it fell apart. If, however, I allowed the story to unfold as it wanted to, it grew and developed. This was not just a surprise but scary. When you don’t know where the story is going from day to day, it’s frighting. Negative thoughts take over. Things like: “This story is a bunch of crap or Who’d every want to read this?”

Persistence kept me going in those early days and I had to trust that everything would work in the end. The surprise was that it did!

So for me, the creative process is messy #writingtips

Not organized or neat. But, if I will allow the messiness to happen, something special, something I never dreamed would happen emerges. Twists and turns I never predicted come into focus. My story unfolds and even I have no idea how.

What are some of the surprises you’ve experienced in your writing? #writingtips

Or maybe your other creative endeavors? Share with us. We’d love to hear from you.

Wanna preview the winner of the GOLD in mystery? Check out e-Murderer.