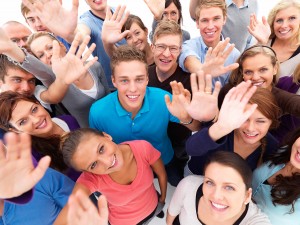 Recently several books hit the best seller list that have despicable characters. Readers say, “I didn’t like anyone and I couldn’t care less what happened to the people in the story.”

I don’t have to “like” the character or want to meet them for a drink at happy hour, but I do need to feel some empathy for them. One example was Stieg Larsson’s Lisbeth Salander. This was a unique character. She had special skills but she also had a number of flaws. Some may describe her as Autistic she had such a hard time relating to people (but was brilliant with hacking computers). Larsson created an extremely complex character. But, he helped the reader relate to her by sharing some of her backstory. When Lisbeth punished her probation officer, the readers cheered. No, we might not do the same thing to someone, but the fact that he sexually abused her in despicable ways made her actions okay by me. Did I “like” Lisbeth? Would I even want to meet her on the street? Probably not.

The main character in The Girl on the Train was also very unlikeable. She drank too much and lived in a delusional world. As a reader I began to doubt the world view, presented through her eyes. But, as the story moved forward, I worried about her because of her vulnerability. It took her a long time to act and to so so in a way that felt satisfying, but when she did, I was pleased. Her passivity wasn’t likable. She wasn’t someone I’d want to visit or to come visit me. But, at the same time, I cheered for her and hoped she’d be proven right. (And she was).

If you’ve read my blog before, you know how I feel about the book Gone Girl. One of the reasons I disliked the book and everything about it was I had no empathy for any of the characters (except those who may have gotten themselves killed). By the end of the book I couldn’t care less what happened to either protagonist. Reading the book brought me no satisfaction. If left me with a bad taste in my mouth. I not only disliked the characters, I was sorry I finished the book.

Whether writing a short story or a novel, the characters make the story worth reading. Card-board characters who populate many books today, including most of John Grisham’s stories, do not satisfy me as a reader.

What kinds of characters do you prefer?