As a writer I’m fascinated by the trends in popular entertainment. Recently I’ve noticed the plethora of antiheroes. First, there was Walter White of the Breaking Bad ilk. 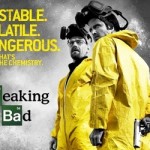 As an avid viewer, I sat their gnawing on my nails, fearing our hero (or anti-hero) would be captured by his brother-in-law, DEA agent, Hank. What was I doing rooting for the bad guys? Walter had turned out to be a pretty bad guy.

Now, I’m in the throes of the second season of House of Cards and once again, I’m faced with a moral dilemma. Do I pull for Francis Underwood, the sleazy politician who will stoop to all kinds of mischief (even premeditated murder) to achieve his ends? He’d make Machiavelli blush in shame. It seems the antihero is the new hero.

So as writers of mystery and thrillers, are we creating antiheroes? Most of the books I’m reading are not. They are relying on the typical hero and villain portrayal. Are we falling behind the times? Patricia Highsmith created the ultimate antihero in her Mr. Ripley series. He was a real sociopath and I felt torn as a reader: Catch him or not to catch him. Highsmith wrote in the 1950’s. Her first psychological thriller Strangers on a Train (later made into a Hitchcock movie) left me pulling for the two bad guys. In that portrayal, however, the hero wasn’t as bad as her later Mr. Ripley. I’d say she might have created a forerunner to the antihero. Some of you, however, might suggest others.

So, what are your thoughts? Are readers today hungry for antiheroe?