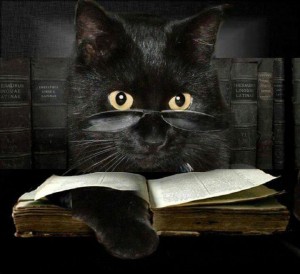 I recently started a new novel. I began with a germ of an idea and it has grown and emerged since. Because we all write in different ways, I thought I’d share some of my tips for starting a new novel and ask my writer friends to add a few of theirs. Working on a completed novel is a lot easier than starting from that first blank page. Yet the challenge and excitement of seeing a new creation come to life cannot be measured. It makes all the hard work worthwhile.

Here are some tips on how to start a new novel.

When you start a new novel, begin with an idea. But, don’t limit yourself #amwriting #writingtips

Allow the idea to grow and mature. If your idea were a seed, you’d plant it, water it, tend to it, but you wouldn’t push it or drown it. Give it time and space to grow.

I know when I get to a point in my writing where I feel bored or not sure where to go next, usually a new character jumps up. The fun about new characters is they bring a whole new perspective on the goings on. Allow those new characters to emerge and grow like the seed you planted.

Work on your new novel every day. #amwriting #writingtips

Open it up, read what you wrote the day before and plow forward. If you think, well, I’ll skip today and do something else, like surf Facebook. That kind of thinking will leave the new project to die in your computer. Just a little attention every day will nurture your new project.

Just writing the bare bones–plot does not create the world where your characters exist. Granted things have to happen, but they don’t happen in a vacuum. Mood, weather, place are almost as important as character.

If you need to do some research, do it once you’ve left the creative mode #amwriting #writingtips

In other words, make a note to yourself and then do the research later. Come back the next day and fill in what you’ve learned. If you stop and research the name of a place or the date something happened, you’ll lose your hold on your creative mind.

When starting a new project, be prepared to make changes #amwriting #writingtips

Don’t get wedded to anything you’ve written. Something else may emerge making what you wrote the day before irrelevant. Let go of the meaningless as new developments spring forth.

Once you start writing, you have something to build on. Go for it!

These are a few of my tips for starting to write a new novel. What are some of yours?

Check out the book trailer for The Clock Strikes Midnight, a book that won the Royal Palm Literary Award, first place in mainstream/literary fiction for 2015.