I’m here to tell you that I don’t like the word block. It’s scary. That word suggests that I’m all blocked up and words can’t come out of me. OMG! I can’t even imagine such a thing. I’m not just a writer but also a talker. Words are my thing.

So, what is this business about #writersblock? #amwriting

I believe all writers get stuck. Yes, they reach a place either before they begin that novel or somewhere in the middle (that’s usually where it happens to me) where they’re not sure what to do next. The word is stuck and it’s temporary.

I also believe that no matter who you are at some point you run out of “writing” steam. No, JD Salinger didn’t run out of steam 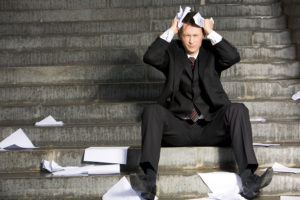 after writing A Catcher in the Rye. He just decided not to publish anymore. Apparently he’s been writing like a fend since his first book. Why he doesn’t want to publish what he’s written is his business. Margaret Mitchell didn’t publish anything else after Gone with the Wind. Why? Maybe it had something to do with her sick husband. They worked very much as a team to create Gone with the Wind. Just maybe? As for most people, we often have more than one book in us. I’m not sure we have twenty because after a while all of them begin to sound the same. The character, the plots, the twists are redundant from previous works (I’m sorry Agatha Christie, but it’s true). Is that writer’s block? No, that’s the natural progress of people trying to do too much of the same thing.

Here are my suggestions for writers who might be stuck. This applies to those writers who aren’t writing their twentieth mystery, but to those still working on their fourth or fifth story:

Here are my suggestions for writers who have written a zillion books and they all start to sound the same:

Nope, in my opinion there’s no such thing as writer’s block. But writers do get stuck and for good reasons.

What are your tips to writers for getting unstuck? #amwriting #writersblock

Check out this short video blog where I talk about my experiences with Writer’s Block.