The main character was already annoying me. Her internal dialogue was selfish and immature. Her reactions pointless. I couldn’t relate to her at all. Granted, we writers want to create characters who grow and that means they must have flaws. But, enough 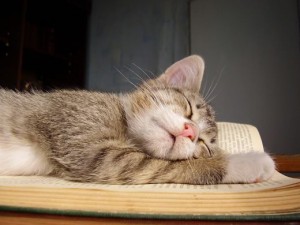 was enough for me. This character as far as I was concerned was not redeemable.

That made me wonder.

What kinds of characters make you stop reading? #amreading #amwriting

I have my list. I’d love for you to add yours.

When characters do things that are really dumb, I want to toss the book in the trash. Sure, our characters must get themselves in trouble and to do so, they make poor choices. Those choices, however, shouldn’t appear stupid. For example, an amateur sleuth or lone-wolf detective makes a decision to go into a dangerous situation does not call for back-up. When the character knows it’s dangers, they must do something to protect themselves. The best scenario is when the character doesn’t know it’s dangerous, but the reader does. That’s when we readers tense up and wonder when the character will figure it out. That keeps me reading. What about you?

Characters who are down-right boring stop me reading #amreading #writingtips

A few months ago I began reading a book by a fellow mystery writer. I tried very hard to get into the story, but the character’s life was so mundane, I just couldn’t keep reading. C’mon! We’re reading for excitement. We’re reading for the adventure, for the opportunity to go to new places and have new experiences. Boring, mundane lives we have enough of.

When the characters overly use profanity, I’m gone #amreading #writingtips

As a writer I know how hard it is to express the feelings associated with profane utterances. Using profanity is a cheap way to do it. In some environments the use of profanity is the natural language. But, for me it is jarring and I don’t like it when my hero or heroine overuses what my mamma called bad words.

Those are the major reasons I tend to put character driven books down. BTW, if the plot is exceptionally good, I’ll read through the cardboard characters, but I have friends who will not.

What are your no-no’s for characters? #amreading #amwriting

You’ll love the characters in my new series, Jenna is savvy but modern. Quentin quirky and fun. Check out this book trailer.