This month’s topic for the #inkripples is world building. As a mystery writer and not a fantasy or sci-fi writer, my job as a “world builder” is quite different. But, that doesn’t mean it doesn’t exist. As writers we are all, regardless of genre, building a world around our characters. In mystery that world is unique. In this post I’ll explore world building for  mystery writers. You might also want to take a peek at my colleagues’s posts on this topic. Several write fantasy, YA, and other genres in which world building is a big factor.Kai Strand,  Katie Carroll, and Mary Waibel 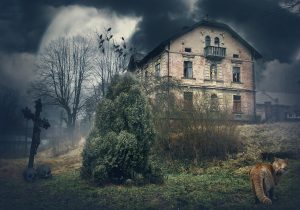 I remember when I first heard the term world building used. I was on a Writer’s Digest webinar with an agent. She said one of the critical factors she looked for in a submission was world building. I thought, what is that? And, immediately wondered if I’d done it. In that webinar we were looking at query letters. Even in the query the author’s ability to create a “realistic” world must be present. That webinar led me to think about world building for the mystery writer.

What kind of world must a #mysterywriter create? #writingtips #worldbuilding

World in Which Murder Happens

World When Murder is Solved

These are a few of my thoughts about world building when writing a mystery. What are yours? Please add some. I’m sure I left out some important tips!

If you want to see a peek of an award-winning cozy mystery, take a look at this book trailer featuring the e-Murderer.