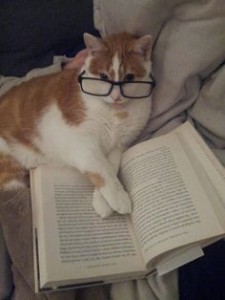 Writers not only create characters with special personalities and traits, they must also name them. Think about how hard it was to name your child or your cat? Imagine the process of coming up with the perfect name for your characters. I’ve learned a few things about naming that I thought I’d share.

For all the writers out there, why not share your “naming” experiences.

Often my characters’ names do not come right away

I tend to give them a “work in progress” name and then as the character develops the name may change. I’ve learned that I must get to know my character before I name him or her. But I can’t wait too long; otherwise I get attached to that name.

I seem to like the name Peter and several of my characters end up with that name. While recently writing a short story, I once again named my character Peter.

My characters’ names reflect where they are from #writingtips

For example, Marlene in The Clock Strikes Midnight is from the South. Marlene is a Southern name.

Sue Ann in the same book is from the South. Double names are typical of that region. Quentin in the e-Murderer is from England. He needed a particularly English name. We’ve been looking at first names. My characters also have last names. One of my tendencies is to give them last names that end in an ‘s.’ I’ve had Lewis, Jennings, Wilkins. These names are difficult because I must put the apostrophe after the s. Some publishers write it s’ while others write it s’s. To avoid this problem, I suggest avoiding names that end in ‘s.’

Jenna Scali has an Italian last name because her father was Italian. Janie Knox has a typical American name and Marlene and Peter Tedford have an unusual last name. It took me quite a while to come up with their name. I have a character named Mark Brady–he’s Irish and quite likable.

Naming characters is very important. Once the name is established, then you have created a ‘person.’ It’s quite hard to change someone’s name midway through a book. I get attached to that person as Ralph or Richard or Robert (I guess I’m leaning toward R names now!).

And that leads me to the other problem with naming characters. Most editors will tell you not to have too many similar names. Your readers will get confused. In other words, if you have a Lauren, don’t name the next character Linda. Naming helps your readers distinguish one from another.

Character’s names help with the characterization as well as help the readers keep up with the story. There are many other reasons for creating strong character names. What are yours?