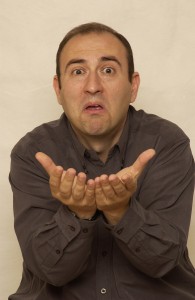 My editor recently told me that Google didn’t allow me to talk about people “googling” something. Apparently writers can’t refer to Google in that way–even in conversation. When was the last time you said, “I’m going to do an online search of X or Y?” Probably years! Instead don’t you say, “I’m gonna Google that.” Yet, writers cannot use that term in their books. Not being able to write as people actually talk makes our dialogue sound antiquated and awkward. Nonetheless, if we violate Google’s rules, there are consequences.

As a reader, it doesn’t bother me to see conversations like this in books. After all, it’s the way we talk. Google and Facebook can’t stop our manner of speaking–at least, not yet! It would seem they’d be pleased that the are so well branded that when we use the term Google it stands for all online searches or Facebook for all social media. Seems as if we’re giving them free advertising. Nope, they aren’t pleased. Google wants to be more than a search engine. Yep, they’d like to take over the world. And Facebook? Do they want to be more than a social media site? Who knows?

Just thought other writers might have some input on this. What are your thoughts?

Do your editors restrict your usage of Google and Facebook? #amwriting #writingtips