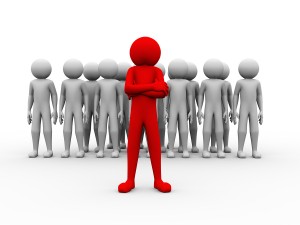 Having just finished The Girl on the Train, I wanted to share some tips about characterization. Paula Hawkins did an excellent job of creating three distinct characters, each with a voice of her own.

Hawkins writes with an alternating point of view among three characters, Rachel, Megan and Anna. As a reader this technique brings us closer to each character. As a writer this is a tough challenge. I did it in The Clock Strikes Midnight. One of the challenges writers face is to make sure the character’s voices are different.

The same is true for Anna and Megan. In fact, the names at the head of the chapters are superfluous. Hawkins provides the names so there is no confusion. But, readers know the characters quickly by their voices. How does she accomplish this task?

From the first page, we know she’s a heavy drinker. We also know she’s very unsure of herself. That thread travels throughout the book. Slowly Rachel arcs and changes, but the author takes her readers along so cleverly that Rachel’s growth becomes believable. Furthermore unlike some writers, she does it fast enough that the reader doesn’t get too frustrated with her character. Oh, yes, I was frustrated, don’t get me wrong. but given who Rachel was, that frustration was essential.

The Megan character is severely affected by things that happened to her in her past. The author does not reveal what those things are until the end. But, Megan gives us hints all along the way. She also behaves in a self-destructive manner. She is lonely and bored. Her boredom leads to her downfall.

The Anna character is narcisstic. She’s a vain, paranoid woman. She enjoys the thought of dressing up and having people look at her. She thinks her child is the most wonderful in the world. She thinks her husband and child are the best anyone could hope for. She relishes in the havoc she has foisted on Rachel’s life. Anna feels no guilt; she’s elated that she “won” her husband from another woman. Much of this kind of foolish narcissism leaves the reader questioning her ability to see the world.

They will encourage you to write in the third person, particularly when you alternate points of view. And they will certainly tell you to avoid too much inter-dialogue.

With the success of this book, perhaps writing teachers will let go of some of these truisms @paulahwrites

and allow new writers to experiment with different forms.

When Hawkins puts us in the mind of these characters, she does it in the way in which we live in our own minds. She writes with quick phrases, rarely using full sentences. Her internal dialogue sounds like our own musings. This technique enables the reader to relate with compassion to the characters whether we like them or not.

Meantime, character depth comes will getting deep into the character’s head and exploring with them their strengths and weaknesses. It also comes with developing characters with different flaws.

What suggestions do you have for creating characters with depth?