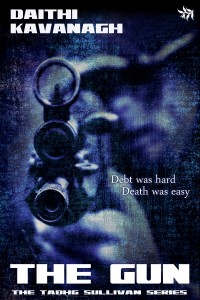 Today we welcome author Daithi Kavanagh to our blog. We are happy to be the first stop on this virtual blog tour. You will learn all about his new, exciting thriller crime novel, The Gun. Be sure to comment to enter in the drawing for a $15 Amazon/BN.

I read the blurb and immediately ordered the book. How about you? Enticing, eh?

Garda Detective Tadhg Sullivan leads a special unit that investigates politically motivated crime. A man known only as The Deerstalker is a cancer who has infected the Irish political system.

Sullivan teams up with journalist Helen Carty, and together they try tracking down the mysterious killer. Carty adds to Sullivan’s problems, when he finds himself falling in love with her. And further complicating things, he starts losing trust in his partner, Detective Pat Carter, who appears to be on the side of the Garda Commissioner, who Sullivan is rapidly falling out with.

Sullivan’s case is further thrown into confusion when a copycat killer, Tommy Walsh, is shot dead by the CIA. When the CIA discovers that they’ve killed the wrong person, the two agents involved–Simon, who has become disillusioned by his time stationed in the Middle East, and Joey, a psychopath who confuses zealotry with patriotism–are also in pursuit of The Deerstalker.

Sullivan finds himself in a race against time, if he is to arrest The Deerstalker before the CIA take him out, and use his death as a pawn in a political game of chess. Who will win out in the end?

Excerpt from The Gun

After parking, he walked through the forest to a clearing, where he knew he could see for miles. He crawled on his belly along a flat piece of rock, dragging the gun with him. The glow was coming off it again, and he could feel its strength. He stared out over the side of the cliff. Once again, he was in luck. He could see the squad cars and a crowd of people gathered around the bungalow a few hundred yards away.

Adrenaline pumped through his body. His heart felt like it would burst from his chest. He put the gun to his shoulder and adjusted the sight, scanning the group of people to find his target. There he was, right in the middle of the Gardaí. How predictable of a politician. The only time they stand with the people is during an election. He stared through the lens at the big red face.

Remember to Comment to Enter the Contest. And, visit all the blog stops by clicking here. 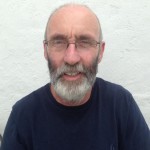 He has worked for several years as a musician.

In the last couple of years, after taking up adult education, he began writing.

His debut book is ‘The Gun’ and has now started the second book in the series.

Wait you forgot to comment to enter to win $15 Amazon/BN gift card. Do it now!