In my last post, I talked about how to avoid abusing point-of-view.

Head-hopping is the worst possible way to write #writingtips #amwriting

I call it cheap writing because the author simply jumps from head to head. It is easy and takes no creativity. When forced to stay in one head or in the head of a particular character throughout a scene or chapter, it’s harder to create a full story. Authors must use creative means to do that. It’s more work, harder and much more enjoyable for the reader.

They do this with a subtle purpose, not just to be different. As long as the method does not distract the reader, it’s perfectly fine to try some of these unconventional techniques.

Here are a couple of examples of what I’m talking about. 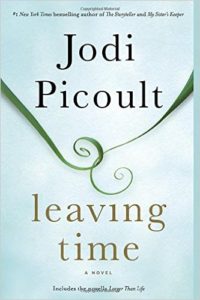 In the book, Leaving Time, Jodi Picoult uses the first person point of view for four different characters. She introduces the characters at the beginning of each chapter with their names. But, the chapter is told from the first person point-of-view. So, when Jenna talks, she says, “I went to the school…” This is a very different approach to what might be more common–use the third person. When alternating points-of-view are told in a story, most authors chose the third person. It was a general understanding that first-person is only used when there’s only one point-of-view. That rule, however, is changing. Why might Jodi Picoult choose this method instead the third person? My guess is she wanted to bring the reader closer to those four characters. She wanted them to feel, hear, see, taste, touch what those characters felt, heard, saw, tasted and touched. And, the method worked. 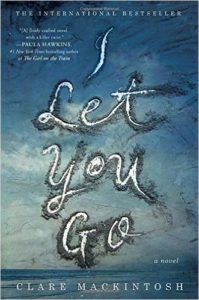 Another example of a creative use of point of view was adopted in Clare Mackintosh’s book, I let You Go. In this book the author uses the first-person point of view for two characters, the protagonist and the antagonist. She uses the third person for the police. Again this is a very unconventional use of point-of-view, but it clearly adds tension in a suspenseful book. The reader is kept at a distance from the police (where the reader ordinarily feels safest) and is brought in closer when put in the minds of the victim and the perpetrator. When things get the hottest, most scary, Mackintosh has the reader where she wants them, in the mind of the one being pursued. Very clever. And, again it worked. 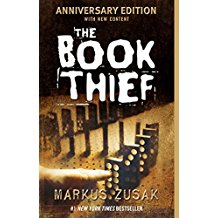 My last example comes from The Book Thief by Marcus Zusak. This book is told from the point-of-view of Death. Here we have an omnipresent point-of-view, one of my least favorite, but it’s done in such a creative way that the reader never believes the author is talking to us. Instead, we hear from the characters, in their points of view with the occasional asides from the omnipresent Death. For me, as a reader, it made the difficult times easier to bear. It made telling a harsh story easier to stomach. I can’t imagine how Zusak came up with the idea of telling the story from the point-of-view of Death, and my hunch is the first editors he sent the manuscript to, rejected that method. But, thankfully, he went with his instincts because this is an excellent book told in a masterful manner.

Creating the plot, characters, setting and overall story aren’t the only choices authors must make. How to tell that story is another important choice.

What are some examples of the use of point-of-view that you’ve found to be unconventional but effective? Share those with us!