As a writer, I’m always thinking about my characters. What can they do to move the story along? Who are their friends? What passions do they have? Where do they like to go? What music do they listen to?

Much of what I know about my character, I do not share with the reader. If it doesn’t move the story along, what’s the point? Some writers get themselves bogged down with describing the minutia  and forget that the reader is there to hear a story.

Tip #1: Show the reader who the character is through his or her actions. Instead of saying that Mark likes jazz music and then going into all the various artists he listens to, show Mark turning on his iPod. The soft sounds of Miles Davis lull him as he thinks about who killed his best friend. 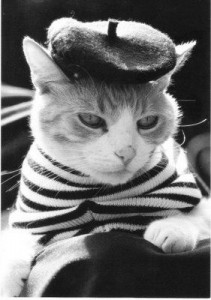 Tip #2: Characters have their own lives.  When they are not involved in a major espionage scheme, they are doing mundane things, like going to the grocery store or visiting their mother in law.

But, we can show life as usual while the characters are busy uncovering the spies or disappearing from the bad guys. For example, Mattie called her husband from a phone booth that looked as if it hadn’t been used in a hundred years. When he answered, she told him what to prepare for dinner and that she’d not be home tonight. Of course, the reader knows why she won’t be home, but does she tell her spouse? Depends on the story.

Tip #3: Introduce your character’s friends and family. Sprinkle in information about your character’s family life as you go. If it relates to the story, that’s perfect. But, usually it’s a side-line topic. In most detective stories, we meet the spouse and kids briefly or we see the lone detective at his house, drinking a Scotch with his trusty dog lying at his feet. Don’t spend a lot of time talking about family and friends if it doesn’t relate to the murder investigation at hand.

Tip #4: Show your character’s weaknesses as well as strengths. No one is perfect. If you create a perfect person who always chooses the right path, readers will get bored.

Characters must make mistakes, get themselves into trouble #amreading #amwriting

Of course if they always make mistakes and if the choices seem stupid, the reader will put the book down. It’s a fine line. For example, does your amateur sleuth enter a dark warehouse where she knows a killer lurks without calling for help? Or, does your hero starting shooting his pistol against professional killers with assault rifles?

These are just a few tips that will keep your readers interested in your characters. The story has to engage as well, but if the characters do not engage along with the story, the readers will yawn and fall asleep before they finish the first chapter.

What tips do you have that keep your characters interesting? #amwriting

Tell us about the characters you’ve enjoyed reading about and why.

If you liked this post and want to read a book that’s been described with engaging characters. Take a peek at this book trailer.