For some reason it’s not jumping off the page. But then again, now that I think about it, I’ve never had a book title jump off the page. I usually agonize over various versions before I settle on  that perfect title. Someone suggested I crowd source it and see what my network comes up with. That sounds fun. So, I’m going to give you some of the titles I’m toying with and see what you think. 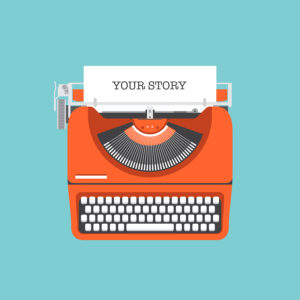 Meantime, here are some tips for coming up with the perfect title.

Nonfiction books have titles and subtitles. For example The How of Happiness: A Scientific Approach to Getting the Life You Want. Isn’t that a great title? But, if you’re writing a thriller, you’d better not use so many words. Most thrillers have one or two words. Cozy mysteries have soft titles like, Murder at the Bookstore or the Cupcake Killer.

Tip #2: Think about what your book is about #amwriting #title

What is the theme? My WIP theme is betrayal. But, I’ve toyed with that word and it really doesn’t capture the essence of the book. What is the inciting incident? What starts the book rolling? That might be a better place to look. Again, a lot depends on your genre. If I was writing a thriller, my title Betrayal would be perfect. But, a glance on Amazon tells me there are a bunch of books with that name.

When I was trying to think of a title for e-Murderer, I wrote, Internet, Murder, e-Mail, Death, Campus. After a bit more brainstorming, I landed on e-Murderer which together captured the theme and inciting incident. That was one lucky title idea!

Tip #4: Ask your Beta Readers to #title your work #amwriting

Or, share your title ideas with your early readers. Often they will tell you if the title rings true for the book. Recently I read a book titled And After the Fire. I read the entire book waiting for the fire. It never happened. As a reader, I felt betrayed. We can’t title a book with words we happen to like or we feel are catchy. The title must reflect the story.

Tip #5: Make your #title as short as you can #amwriting

Short and crisp is the name of the game. Even the happiness book I referenced earlier uses few words that capture a lot of information. Okay so there are lots of words, but they are well-chosen. Here’s a great title, MJ LaBeff’s Mind Games. That title not only is short but it also captures the storyline perfectly.

Tip #6: Use words that reflect your genre #amwriting #title

What tips do you have for coming up with a great title?

Here are the title ideas for my WIP:

The Case of the Missing Painting

A Painting to Die For

The Art of Murder

Murder and the Masterpiece

How about voting on the one you like. Won’t you help me out? #title #vote

Take a look at this book trailer. Does the title capture the suspense?