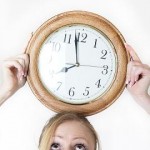 Today I listened to one of my favorite PRI programs, To the Best of Our Knowledge. This program was about how we change over time. The first segment dealt with slowing things down. Carl Honore, the founder of “slowing life down,” wrote the book, In Praise of Slowness in which he discusses slow travel, slow food, slow parenting and slow living. The message is we move so fast through life, we forget to live. Honore told Anne  Strainchamps that our most creative moments come when we slow down.

As a writer I tend to write fast. Yesterday I spoke with one of my clients, who is writing an e-book. She said she wrote the first quarter of the book in an hour. That’s really fast. The point was that the words flowed right out of her. Honore says that we can slow down and still do a lot. It’s not so much the speed as the sense of rush. My client wasn’t rushing, she was creating.

The program continued with an excellent segment about Thomas Hardy who changed the focus of his writing life at age 72. He moved from writing hugely successful novels to writing poetry. Apparently he’d always wanted to be a poet. Imagine his editors demanding the next novel while he’s busy composing a book of poems. What a courageous decision!

The last point that I’ll share from this program is from Amy Gorman who wrote, Aging Artfully. At age 62 she began worrying about getting older. She spoke to a number of women from ages 85 to over 100 about how they live. She felt inspired by what she learned and thereby documented her findings in her book (which later became a documentary). But when asked on this program about what she took away, she said, “I learned never to dwell over the negative events of of the past and to never give up.”

Again as a writer, I can embrace both these lessons. Even though I’ve heard them spoken in the past, the words resonated inside me this time. These powerful revelations came from Ms. Gorman after interviewing such remarkable women.  As writers we must never give up. The rejections will come and there will be days when we wonder why we do what we do, but instead of dwelling on the rejections, we must move forward. Write, learn, explore and create. That’s what will keep us not only alive but thriving.

For those of you who want to Change Over Time, listen to this remarkable podcast. Pay close attention to the last clip by 92-year-old Diana Athill giving her reflections on dying.