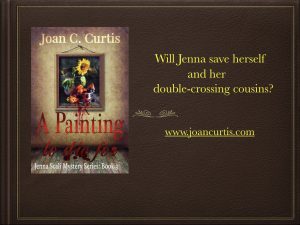 Recently a writer friend asked me to support her Thunderclap Campaign. I had no idea what she was talking about. But, I clicked on the link. It’s a very simple concept and one where writers and readers can support one another very easily. The idea is to ask your friends, colleagues, fans to help support your new release or your current release by sharing their network. Here’s how it works. You create a simple graphic. Then you create a 140-character announcement. You decide when the announcement will go live. The people who support you simply click on the network (Facebook, Twitter or Tumblr) where they’d like the announcement to appear.

Once they click, the announcement you wrote will go live to their network, yours and others who have supported you on the day and time you selected.

This is a great and easy way to shout out your book or anything else you have going on. It could be an event or a special sales deal.

I tried it and am now in the midst of letting my network know how they can support me. But, my friends, it’s like pulling teeth. I emailed a number of people directly (people I knew were on the social media). I made an announcement on Facebook and Twitter. I posted the announcement in some of the Facebook groups. Still, the supporters are trickling in. Why? What’s holding people back? Wish I knew.

Perhaps there’s just too much out there. The simplicity of this campaign is what attracted me to it. It takes just two seconds and boom, you’re done. The supporter doesn’t have to write the tweet or the post.

Ideas for why people hold back? Have any of you used @Thunderclap.it ?

Oh, yeah, and there’s still time for you to support my campaign. Just click here (Remember, it takes no more than 2 seconds to do!!!).