I’d heard Colson Whitehead interviewed several times and was anxious to read his new novel. But, I found it very frustrating for several reasons: 1) It is not historical. It’s a fantasy 2) It becomes preachy and annoying at the end 3) It left me cold. 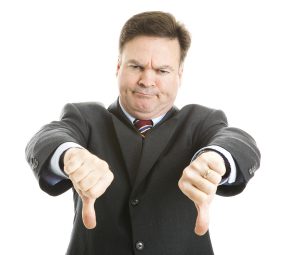 I had to struggle to finish this book. Why? Here are my reasons.

The Underground Railroad did not exist as Mr. Whitehead described it.

There were no railroads running underground to ferry runaway slaves to safety. Why did Mr. Whitehead think he needed to create this fantasy? What really happened would have been much more interesting and suspenseful. People all up and down the coast, at the risk of their lives and those of their families, fed, sheltered and escorted runaway slaves to safety. That’s what really happened. Slaves were hidden in homes and moved in the dead of night from post to post. Yes, they referred to these stops as stations and yes, they called it a railroad. But, no, it was not a hole in the floor with a railroad underneath. Why fabricate this part of history?

Third, the characters were likable enough. I rooted for Cora throughout the book. But, why dispatch with Caesar so quickly. We knew nothing about him. The few pages dedicated to his point of view were minimal and told us very little.

Fourth, the end of the book dragged and became too preachy. The author spoke through Lander’s lips. That’s fine, but did we need to hear it over and over and over. Was Mr. Whitehead preaching because of his own anger about the institution of slavery or was he trying to add to his word count? I’m not sure, but as I reader, I began skimming and skimming a lot.

Yes, this book won the Pulitzer and I have to wonder what are the criteria for a Pulitzer. False facts? Alternative facts?

If a writer is professing to write an historical novel, please make it historical.

Do not monkey with the facts. For the life of me I can’t see why people rated this book so highly nor how the Pulitzer judges gave it such high praise. Let me add that the brilliant women in my book club loved this book. They tried to tell me why. I just didn’t get it. Maybe I’m just not smart enough. If you agree with my book club, tell me why. Please!

Meantime, this book wasn’t my cup of tea #undergroundrailroad #mybookreview

If you want to read an historical account of slavery, try the trilogy, Chains, Forge and Ashes by Laurie Halse Anderson. The author put the reader in the mind of slaves and we experienced the horrors of that world, but we did it within the context of reality.