There’s always been an argument about whether or not a film accurately portrays the original story form, that is, the novel or memoir. For me, I often think films cannot capture the essence of a full-length book. After all, the film has only two hours in which to tell the story. Novels are a slow moving medium. Films are fast moving. How can a film really capture the theme, the characters, the essence of a novel? 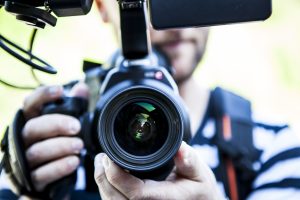 I must say some films do this quite well. My recent viewing of The Post reminded me of this fact. The Post was taken from the Kathryn Graham biography (among other sources). The biography covered much more information about the life of this amazing woman. The Post merely showed one very important incident that became the turning point of the newspaper–the release of the Pentagon Papers. Nonetheless, the movie makers had to capture the times (We were embroiled in a controversial war), the Graham character (a woman in a man’s world), the Bradlee character (a driven man given to rash decisions) and the mood of the nation in the early 1970’s. Spielberg did that with subtleties. For example, he showed Graham’s insecurity in one of the first scenes with her practicing what she would say to her board. He set up the political deception in the scene with McNamara lying to the press right after he heard different facts. There were other things the director and screen writers achieved to show us these things without long explanations. That’s how good movies work.

Other films take a good book and change it completely. For example, Frances Mayes’s book, Under the Tuscan Sun, was a beautiful memoir about her experience in a hill town in Italy (Cortona). The book describes the landscape in poetic beauty as well as the foods they collected from the markets and countryside farms and included recipes. It won acclaim because of the descriptions that brought these things to life. The movie, on the other hand, told a very different story. It was a love story, and it exaggerated and took liberties with Mayes’s relationships with friends. Nonetheless, the movie was quite good. I enjoyed both the book and the movie, but I had to tell myself that this movie is not based on the book. The book was merely a backdrop.

And then we all know and have experienced movies that destroy the book. Serena is one of the best examples. Ron Rash’s book was an amazing, thrilling story of death, murder and revenge. The movie was neither exciting nor thrilling. Those, who developed that movie, did not capture the book at all and the result was not satisfactory even for people who had not read the book.

So what are your thoughts? Do you think movies can capture the essence of books? #amreading #books #movies