Some people call it a tagline. Are they the same? Well, apparently they are not. Both of these “lines” are short descriptions of your book, and yet they are different. Let’s look at how.

Book marketeers took the concept of tagline used in film to help market or sell a book. In the film industry, a tagline is a piece of 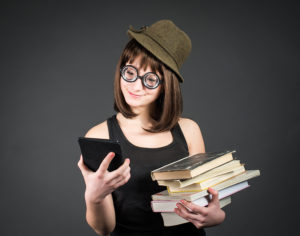 marketing copy designed to go on posters to sell the film, or in a writer’s case, to sell the book. These short pieces of copy are crisp, clear and catchy. It doesn’t need to capture the entire book, but it must capture the main theme.

Here are a few examples from the film industry:

The Toys are back in town. (Toy Story 2)

He lived the American Dream…With a vengeance. (Scarface)

Notice how short these loglines are. And notice, how they capture the essence of a 2-hour film.

So, what’s a tagline?

Taglines can be longer than loglines #marketing

Usually they run 20-30 words. In marketing circles taglines are also called an elevator pitch. That term comes from the idea that you have just a few seconds while the elevator travels between floors to pitch your product. In this case, a book. In those few seconds, you need to say enough to entice a reader to purchase your book and then read it.

Taglines are also marketing tools, but they give more information about the book than loglines.

Again, here a examples of taglines from two of my books: First the e-Murderer and second Murder on Moonshine Hill. One fits the definition and one does not.

The e-Murderer describes one woman’s race to catch a psychotic killer before he kills again.

Now, let’s examine these using the guidelines from a story consultant. That consultant developed steps for writing taglines.

The subject of the sentence describes an imperfect but passionate and active PROTAGONIST.

The verb depicts the BATTLE.

And the direct object describes an insurmountable ANTAGONIST

The STAKES, if the goal is not reached.

So, the e-Murderer had a perfect tagline. The subject (one woman) the verb depicts the battle, a race to catch. The antagonist, a the psychotic killer and finally the stakes– if the killer isn’t caught, more deaths.

The “tagline” for Murder on Moonshine Hill is actually a logline rather than a tagline.

Now, that I know the difference I can create the two marketing tools and use them while pitching m books.

Share your loglines or tab lines with us #marketing

Take a look at this book trailer from e-Murderer. Maybe you can come up with a great logline for me!