When I said I didn’t find the story believable nor the characters likable, they said, I read like a writer. Perhaps I do.

As a writer, I know when the author cheats #amwriting

I notice little slip ups that I try to avoid. Nonetheless, I do not believe we should think that our readers (who aren’t writers) won’t also notice these examples of lazy writing. 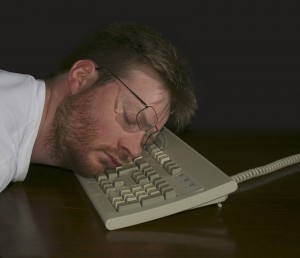 What are examples of lazy writing?

Number 1: When the writer says, “Melinda didn’t know it yet, but she was going to marry that man.” Okay, so if you’re in Melinda’s head and if she doesn’t know something, then you can’t either. This type of writing is inexcusable. The writer decided to toss in a statement like this rather than use good solid foreshadowing.

To foreshadow without giving too much away is hard #amwriting

But, good writers know how to do it. Whenever I see a statement like the above (and I’ve seen the best writers get lazy and do this), I tend to lose respect for the author.

Number 2: Do not create solutions that at impossible.

Unless you are writing science fiction, you must remain in the present time with realistic solutions #amwriting

That was one of my chief complaints with Gone Girl. The solution (if you can call it that), just wouldn’t work. The author clearly didn’t know how to resolve the book, so she resorted to the impossible. Authors try to put their characters in impossible situations. That’s the mark of a good writer. But, we also have go get them out of those situations with clear, believable solutions.

When we resort to perfect people or people who are too villainous, we create cardboard characters. I recently read I Let You Go by Clare Mackintosh. Her protagonist was flawed. The more I read, the more I understood her flaws. Her decisions were sometimes good and other times not so good. I have to say, the bad guy was very, very bad. It was hard for me to see anything redeeming about him. But, I cheered for the good guy even though she was flawed. As writers we want our readers to understand the motivations of our characters. We also want them to see themselves or people they know in those people we create. When we develop realistic characters with strengths and weaknesses, we create real people.

These are a few of the instances where I’ve caught authors getting lazy about their work. Have you seen others?

Take a peak at this book trailer. My characters are real, sometimes flawed and my solutions possible. Do you agree?