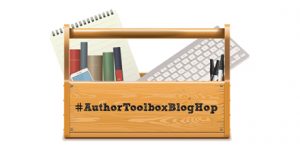 Click to go to the Author Toolbox blog hop

As my first post for the Author’s Toolbox Blog Hop, I wanted to talk about how communication affects our writing. As a communication’s coach, I find this topic quite interesting. Take a look at the other blogger’s posts  here. You’ll learn all kinds of tips and tools for writers.

How well do you communicate?

They can write well, but when it comes to talking, they are tongue tied. Can a tongue-tied writer still write? The answer, of course, is YES! Even those people who have trouble talking one-on-one or face-to-face, often find writing as the best way to express themselves.

Take a look at video interviews with writers. They stumble around to find the best words to capture their thoughts. They sometimes pause for long periods before answering. And they often look exceedingly uncomfortable–like they’d rather be doing anything else. These writers prefer to be at their desk where they can put words on paper and not have to worry about all the nonverbal communication that affects real communication. 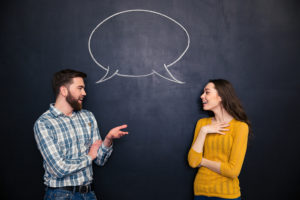 Writers must show what a character is thinking, feeling without using words. Does the character scowl, scratch his head, lean in, lean away, blink several times, stare without blinking. The list is endless, and it tells the reader exactly what is going on with the character. Writers who have trouble with face-to-face interaction often struggle with these nonverbal cues.

Indeed, most literary writers prefer to describe the character’s feelings in deep internal dialogue. Personally, I find that boring and after a while, I begin to skim through the narrative. In the book I’m currently reading, (see my review) the author spent pages and pages talking about how a character felt when that character made bad decisions in her life. The author used examples of things she gave up and things she should have done otherwise. But, when I finished reading the passage, I realized I still didn’t have a clue as to how the character felt. Was she regretful, angry, frustrated, sad. I had no idea. Had the author shown us through nonverbal cues instead of pages of  rambling narrative, it would have helped me, the reader.

Some writers have no trouble with talking. They can tell you the best stories, using their communication skills to engage you face-to-face as well as on the written page. These writers often use dialogue to explore a character’s feelings. They tell us what’s going on through the spoken word on the page. It’s not narrative. Instead it’s dialogue with another character. But, again, I might caution. These writers, although better at nonverbal cues, sometimes forget about them in the heat of the dialogue. Words flying from one character to the next. Because I tend to fall in this category of writer, when I go back and edit my work, I often ask myself, “How can I show what this character is feeling through nonverbals.” In other words, show feelings not through internal dialogue nor dialogue with another character.

Your style as a communicator will affect your writing #AuthorToolboxBlogHop

You may not be aware of it because communication style is so subtle. We’ve been communicating like this since we were two-years old. Learning what your style is will help you improve your writing.

And, by the way, your communication mannerisms will show in your writing. For example, if you use a certain expression, your characters will, too. This is something you might not see because the expression is so much a part of your communication style. Readers will spot it. If you use an unusual expression for one character, don’t use it for another. If one character says, “cool” to everything, don’t use that same expression with another. These expressions can help you distinguish between characters. The reader knows who’s talking by the style. One example I love is in the Netflix series, Longmire. Of course, that series was taken from a book! In that series, Henry, the Native American character never uses a contraction. He always says the full two words, such as, “do not, will not, he is.” This small communication idiosyncrasy was a brilliant way for the author to distinguish that character.

These are just a few of the ways communication style affects writing.

What are your thoughts? How does your communication style affect your writing? #AuthorToolboxBlogHop 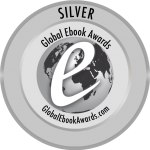