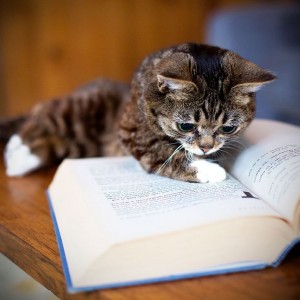 Recently I heard one of my favorite writers, Ron Rash, speak at the Decatur Book Festival #writingtips

During the talk he shared an example of something that happened to him early in his career. A big publisher offered to pick up his book but asked him to rewrite the story from the point of view of one narrator. He had written it from the viewpoints for four different people. Rash felt he couldn’t do what the publisher asked and still maintain the integrity of the story. He turned them down. Later, a much smaller publisher picked up the book.

Now, would I have made the same decision? I remember when Reader’s Digest offered to publish my first story. It was an original story that I’d worked on for almost one year. The re-write they sent me didn’t sound anything like the story I had written. It was much more in the flavor of Reader’s Digest. My story had a very different voice. The question was, do I want to publish the story or not? I caved. Unlike Rash, I decided to allow them to publish the story as they had re-written it. But, to this day, I do not see that version as my story. Whenever people ask to see the story, I send them my original.

The second time this happened to me was at the point of publishing my first business book. I wrote a very clear proposal that the publisher bought. When it came time to write the book, they asked me to write something else. Instead of a practical hands-on book as I had proposed, they asked for a more academic book. Again, my decision hinged on whether I wanted the book published or not. My agent advised me to write what the publisher wanted. Once more, I caved.

I have a lot of respect for Ron Rash. He’s what authors need to be.

We must stand up for the integrity of our stories #writingtips

I suppose we must be the Van Gogh’s of the writing world. Van Gogh never caved to the pressure to paint for the masses. He painted what he had to paint. He died not knowing how well-received his work would finally be.

My question is how much are we willing to change in order to get published? #writingtips

The flip-side of this question is that often publishers know what is best. They may suggest something the writer needs to do to improve the work. Case in point: To Kill a Mockingbird vs. Go Set a Watchman. Anyone who read both will know that the publisher was right in asking Harper Lee to make changes. To Kill a Mockingbird is hands down better than it’s predecessor. So where is the dividing line?

What are your thoughts?