Artists tell me it’s hard to know when a painting is finished. One told me that if she works on a painting for too long, she ruins it. This reminds me of my writing. I tweak and tweak and then tweak some more. Was it better before the last tweak or after the first tweak? Am I tweaking too much? One reader says, “You need more information about the main character” or “We need to know more about where the people live.” Another says, “You tell us too much in the first few pages.” or “Cut that statement of place because it’s distracting.” 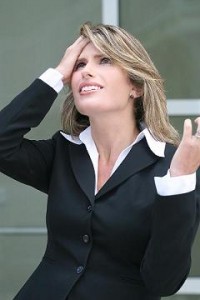 Geez. How do I know when I’m done?

This is where I want to throw up my hands and shout, “Help!” How do you know when you’re done? When do you need to leave what you’ve written alone?

Tip #1: Share your work with a select group of readers #amwriting #writingtips

Tip #2: Stop working on it for at least one week #amwriting #writingtips

Work on other things. Pay attention to your husband and kids whom you’ve ignored while working on this masterpiece. Then go back. A clean perspective will give you lots of information. I’m always amazed when I’m stumped on the daily crossword, when I walk away from it and come back, everything falls into place.

Tip #3: Pay close attention to the things you rebel against #amwriting #writingtips

If everything in you is fighting the criticism, you may be too close to judge. Find someone you trust to read the scene. Someone who hasn’t read it before. If that person says what others are saying and what you’re rebelling against, give up and do it. Okay, if you’re Stephen King or Mary Higgins Clark, you can do whatever you want and the readers will come. But, for us small-time, every day writers, we must listen to our readers even if we’re trying something revolutionary.

Tip #4: Give your work a grade #amwriting #writingtips

If you were a teacher, what grade would you give this work. If you give it anything below a B-, you’re not done.

These are a few of my tips for trying to figure out when I’m done. What tips do you have?

Be on the look out for my newest book (which is done!), coming out in September. Murder on Moonshine Hill is the second in the Jenna Scali series. Here’s a taste:

When Jenna decides to go to a friend’s wedding, she expects to dredge up old secrets and old hurts, and she expects to see people from her past, but she doesn’t expect to stumble on a dead body.

Jenna’s friend is arrested. The wedding is cancelled. And Jenna’s tendency to stick her nose where it shouldn’t be leads her into the path of the killer.

Set in the serene mountains of North Carolina Murder on Moonshine Hill is filled with suspense, humor, and a quirky cast of supporting characters.