Most people believe everything in fiction is made up. Readers, however, demand much more than that of writers. They demand credibility and genuineness. So when Matthew Peters began working on his suspense thriller, The Brothers’ Keepers, he had to immerse himself in quite a bit of research. The main character uncovers remote truths about Christianity that powerful forces want to remain hidden. Much of what you will read in the The Brothers’ Keepers is historically accurate. Matt agreed to join us today to share how he created such a credible tale full of twists and turns that not only entertain but also educate. 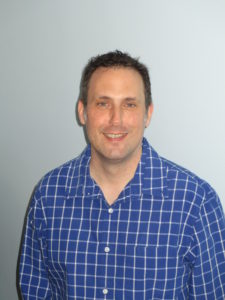 How I Researched My Thriller Novel

I’ve been asked how I researched The Brothers’ Keepers, and how I decided how much information to include without it sounding too much like a lecture. I’ve also been asked how I came to link the Bible with writing a suspense novel.

Realizing this is truly half the battle.

Developing/researching the story took as much time as writing the book.

I began with a very general idea, involving a religious document found in the aftermath of a murder. Next, I thought about the kind of people that would populate my story world. I wanted the protagonist to be smart, and I knew the Jesuits were among the best educated orders in the Church. But that was about all I knew. So I researched the Jesuits and eventually became fascinated by them. One book led to another and before long I had settled on the idea that the murder case should be linked to a treasure.

Next, I determined if my idea had been done before. I searched for my proposed topic on Amazon using the qualifier “fiction,” to see what novels were out there. Once I felt sure the idea hadn’t been done to death, I searched through relevant non-fiction sources. Again, Amazon was helpful in this regard. Through extensive research I laid flesh on the bones of the argument. I can’t emphasize enough how important research was to the development of my story.

The best novels are those that are exhaustively researched #amwriting #writingtips 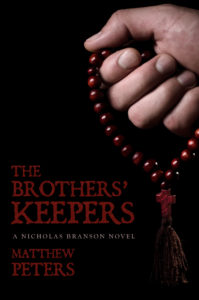 That’s how I developed the story’s overall structure.

While amassing information through research is a good thing, the issue ultimately arises as to how to use it without sounding too much like a lecture. As a former college professor, I’ve written lots of lectures, so I had to be extra careful. There is also a natural tendency to want to use every iota of information gleaned through hours of research.

The way I solved this was to write the first draft in such a way that I got out all the historical information necessary to the story. Subsequent drafts parsed this info to its bare essentials. Later drafts focused on incorporating the info as smoothly as possible—and only the information crucial to the storyline. This was done with the help of several readers, who were kind enough to take time out of their busy schedules to offer feedback.

The Brothers’ Keepers is no different in this respect.

In terms of linking the Bible with suspense, I believe that regardless of your religious views, the Bible is one of the most interesting books of all time. Combining history, poetry, music, narrative, epistles, and parables, it practically contains something for everyone.

At some point, however, I think many readers of the Bible reach a point where they ask themselves, “How much of what I’m reading is fact, and how much is fiction?”

As a child I stood in awe of the familiar Bible stories: the fall from grace of Adam and Eve, Noah and the destruction of the flood, Moses and the parting of the Red Sea, David slaying Goliath. I was especially captivated by the Gospels and the central role Jesus played in bringing about salvation to humankind. I was always mystified by the concept of the Holy Trinity: how three could be one and one three.

As I got older I began to question certain aspects of my Catholic faith. Was there really a heavenly afterlife? Did the priest’s incantation over the bread and wine really change them into the body and blood of Christ? Was a virgin birth conceivable? Had Jesus walked on water, healed the sick, restored sight to the blind, and raised the dead?

To me suspense is inherent in the very issues it raises. What could be more suspenseful than answers to questions like, Is there a God, and, if so, what type of God is He/She? Did Jesus rise from the dead, and was he truly the son of God? Is there an afterlife?

Unlike other fictionalized suspense, I wanted to place something “real” at the center of my novel, something that, if true, carried enormous consequences. To me,

That is the definition of suspense: whether or not something is true #writingtips

The Brothers’ Keepers asks fundamental questions and proposes answers to them. While a novel, the questions and issues raised aren’t fictitious. They impact nearly every facet of our lives, from the social to the political, to the type of human being we are and strive to become. Moreover, the historical puzzle around which the novel revolves is real, and I think that brings the greatest element of suspense.

I hope you find The Brothers’ Keepers among the most suspenseful books you’ve ever read!

And, check out my review of The Brothers’ Keepers.