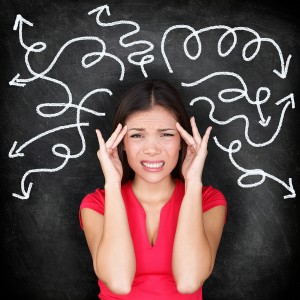 All writers deal with the strange behavior of the English language. Most of us know the basic rules. But there are some grammar headaches that force me to look up the correct usage over and over. Sometimes even after I take a peak in my handy-dandy grammar guide, I’m still confused.

Here are a two of my favorite conundrums:

This is one that is both confusing and also misused a lot. Here’s what I’ve learned is the correct usage. Because both few and less have the same meaning, one would think we could use them interchangeably. However, the English language loves to baffle us. The rule says, we must use less with value, degree or amount and few with count nouns. Grammar Girls helped me understand this by calling “value, degree or amount” mass nouns.

Okay, I know your next question. What is a mass noun and what is a count noun. Mass nouns are nouns that cannot be counted. It’s that simple. If you can count pieces of the noun, it’s a count noun. Some examples: There are fewer bottles in the cabinet. Because we can count bottles, we say fewer. Here’s a mass example: There’s less coffee in the pot. Can you count coffee?

Now that you are totally confused, here’s an exception: It is common to use less with time, money and distance. Thus we’d say it took less than thirty minutes to complete this blog post. Even though thirty minutes are countable.  Measuring miles and dollars call for less not few.

As for me, I hope to make fewer mistakes and then maybe have less stress while deciding between few and less. How about you?

This is one I see misused often. There’s a reason for the misuse. Further and farther mean the exact same thing when they refer to distance. Example: I travelled further than he did. Equally okay: I travelled farther than he did.. For me, I prefer to use farther in this case in order not to confuse myself. Because further can be used to connote additional time, degree or quantity. In other words for all those other needs, you must use further. Farther is only used for distance. Example: Will there be further improvements? We never use farther in this example. But how about? You couldn’t be further/farther from the truth. In this case further is correct. Get it?

These are just two of my grammar headaches. What are some of yours? 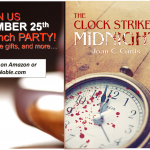 Don’t miss the Facebook Launch Party for The Clock Strikes Midnight. Click the photo below to join the party.