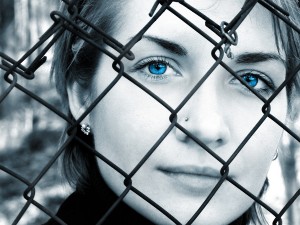 She climbed aboard the bus, her parakeet cage covered with a pink cloth #therunaway #flashfiction

The driver told her to sit toward the back so she would not disturb others. She reached the last seat and settled the parakeet at her feet. After smoothing down her skirt, she sighed with relief, glad she’d left her identification papers on her dresser. There was no turning back.

A sad-looking man, who seemed as lost as she, sat in the seat next to her #therunaway #flashfiction

Was he running away, too? He glanced at the parakeet cage. “What’s that there?” She told him it was her bird. “Why do you have a bird? No one has birds for pets.” The man seemed angry.

She looked at his sad, puffy eyes. “Birds can fly away whenever they want. That’s why I have a bird.”

She lifted the cover off the cage to reveal its vast emptiness. “If I can runaway so can he,” she said and turned back to the window.

The man didn’t speak to her again. but he kept a steady gaze on the cage with a look of longing

Someone was in her room. A shadow moved toward the window. She reached under the pillow for her phone. The shadow edged closer to the bed. In the dark she couldn’t make out features or size, just movement.

Her mind emptied of everything except fear #anintruder #flashfiction

She couldn’t turn on the phone because the light would give her away. She stifled the pounding in her head and edged for the alarm button sitting on the nightstand next to the bed. She grabbed and pushed it before the shadow reached her.

Want to write some flash fiction? Why not share a story here?