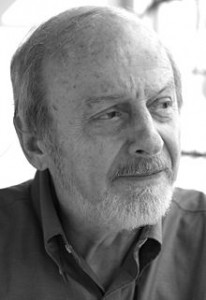 The great writer E.L. Doctorow died recently. He was one of America’s great fiction writers. Recently I heard an interview with him that was recorded in 2009 after he published Homer and Langley. In that interview he shared some tips with writers that I thought worth repeating.

“I don’t write with an outline.” #writingtips

He discussed his writing process and shared that he never used an outline. He finds doing so too confining.

“If you can write 500 words a day that you don’t throw out the next day, you’ve had a good day.” #writingtips

Sometimes, he said, he feels he’s had a good writing day until he reads what he wrote the day before. Writing 500 words a day is important, but it’s a good day when those words work.

“Stop writing when you know what’s going to happen next.” #writingtips

You need a jumping off point the next day. If you finish a scene to the end and don’t know what will happen next, it’s harder to get going. One person suggested stopping in mid sentence. He agreed that might work but only if you know how that sentence will end.

“I start with an idea and go from there.” My words come as I go and the lines take shape as I write.

The inspiration comes from the writing #writingtips

“I get in the mind of my characters and they help me make their decisions.” In Homer and Langley, for example, he based the book on two real brothers (the Collier brothers). At one point in real life their electricity and water was turned off. Doctorow solved the problem by having his characters use water sources in Central Park and faucets for horses in New York City. He found the solution by getting in the mind of the characters in the place where they lived.

“The end of my book comes naturally. Every book arcs with a natural ending.” #writingtips

He said he wrote the last paragraph of Homer and Langley and suddenly realized it was the last. He didn’t go into that paragraph intending to write the end.

“When I finish a project, I feel sad. I know that those characters are gone.” #writingtips

He said it takes him about two to three years to complete a book. Living with those characters for that length of time makes losing them very hard.

Maybe you’ve learned some tips from successful writers? What would you add to this list?