These are people who display a lot of cunning and very little empathy. They may appear as sociopaths, but their tendency to want recognition for their bad behavior suggests a tendency toward a narcissistic personality type. The Norwegian man who shot and killed 77 people (many young kids ages 14-17) several years ago believed he was starting a movement. He thought he’d have followers (he didn’t). This kind of thinking tends to suggest a big ego. Hitler had a big ego. Was he more narcissistic or sociopathic? The Orlando shooter believed he would be famous for his act. 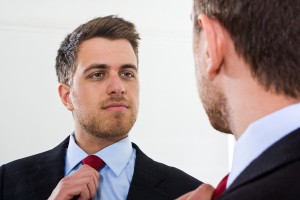 The diagnostic criteria for Narcissistic Personality Disorder include at least 5 of the following characteristics. The Diagnostic and Statistical Manual for Mental Disorders (DSM-IV) says: “A pervasive pattern of grandiosity (in fantasy or behavior), need for admiration, and lack of empathy, beginning in early adulthood.” A narcissist…

As our political world heats up, these characteristics might be worth re-visiting. Hitler indeed fit the Narcissistic Personality and he was elected by popular vote. Had the German people realized what they were getting, history might have been different.

When writing our villains, it’s a good idea to study the particulars of mental disorders. The DSM-IV manual also suggests that Narcissistic Personalities tend toward mood swings and do not take criticism well.

What kinds of villains do you write?

Check out the e-Murderer. Was he a sociopath or a narcissistic personalty? You decide.