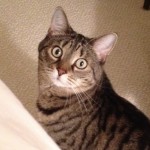 I love to read about characters who have pets. Whenever there is a cat or a dog in a book, my interest peaks. I do not, however, like it when animals do things that are superhuman. I don’t like for the animals to talk nor do I like it when they solve crimes. The one exception for me was the fascinating book, The Art of Racing in the Rain by Garth Stein. The author wrote the entire book from the dog’s point of view. He did a great job of getting into the mind of the dog. The dog couldn’t do super-dog things, but he did see things from a dog’s perspective.

What I don’t like is to see animals hurt. When an author uses an animal to demonstrate a character’s cruelness, I consider that a cheap method. I loved The Girl with a Dragon Tattoo, but I hated when Stieg Larsson killed a cat. After experiencing what this killer did to women, why kill a cat? It was unnecessary.

To contrast this misuse of animals with a great demonstration of how to use an animal to show a character’s humanity, William Boyd in Ordinary Thunderstorms had his sociopathic villain meet a dog. He villain didn’t want a dog and didn’t want to take care of the dog. As the book progressed, it became clear that the dog jeopardized the killer’s life. He had to kill it. I skipped ahead because I couldn’t experience him shooting the dog. He’d already brutally killed several people in the book, and he was threatening the life of the book’s hero. Once I skipped ahead, however, I realized the dog was still alive. The villain couldn’t kill the dog. He did abandon him, but at a home where he knew the dog would be cared for. What an amazing thing for Boyd to do! Although I disliked the killer, the author showed a bit of humanity that still remained in this villain–a multidimensional character. That’s awesome writing. 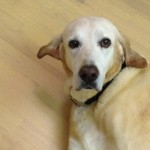 In my own books, my characters have animals. In The Clock Strikes Midnight both main characters have pets. Janie has a yellow lab named Charlie and Marlene has a cat named Nellie. Neither play prominent parts, but both demonstrate the characters’s compassion for their four-legged creatures.

To all the authors out there, I say, PLEASE don’t kill your animals to make a point. Find a better way to do it!

What do you think? How do you bring animals into your stories?

If you liked this post and want to see more author interviews, reviews and more, join me on Facebook by Liking my page. www.facebook.com/joanccurtisauthor