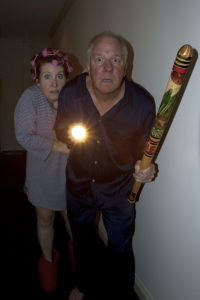 We awoke on Christmas day to a quiet house. Our kids had dispersed this holiday and left us alone to celebrate with each other. After a strong cup of coffee and a light breakfast, we illuminated the tree lights, turned on Jingle Bells, and opened our gifts. The late morning sun shone in through the curtains, reminding us that although December, this might prove to be a nice day.

Later, our daughter, who now lived in Rhode Island, called to wish us a Merry Christmas. We spoke to her, her husband and her two kids. They gushed over the gifts we’d sent and told us how much they wished they could see us. Blankets of snow kept them snuggled inside by the fireplace, unable to venture out. They described a perfect white Christmas.

We, on the other hand, left our little house to visit friends. We spent the afternoon sipping eggnog near our friends’ fireplace and sharing stories of Christmases past. Although sunny outside, the temperature had dropped to the single digits. Like us, our friends were celebrating their holiday alone. Their children lived in Atlanta, but had decided not to make the yearly trek to their parent’s house with gifts, kids and casseroles.

At about 5pm we arrived back to a quiet, dark house, looking forward to an evening in front of the television, watching old movies. My husband loved the AMC channel, particularly old horror movies—Lon Chaney and Vincent Price.

I decided to take a shower before we settled in.

With soap in my hair and water running down my back, a ringing sound caught my attention—a sound very much like the doorbell, but I rejected that thought because we lived deep in the woods. Our driveway made a circuitous mile-long route from the street to our sidewalk. The neighbors resided long distances away, nowhere in view. No one would ring our doorbell on Christmas night. Impossible.

I rinsed the soap from my hair and turned off the shower. That’s when I realized my husband was also in the shower in his bathroom. I raced in that direction saying, “Someone’s at the door.”

“Yes, the doorbell is ringing. Listen!”

I ran to my closet to throw on some clothes.

The doorbell continued its persistent ding, dong, ding, dong. Geez, wouldn’t whomever was out there just give up and decide we were out of town?

Once dressed, I peered outside. By now the sky was dark. A car crept up the driveway with its lights turned off. My heart froze.

My husband showed up, wrapped with a towel around his waist and carrying his 12- gauge-double-barrel shotgun, clearly ready to blow someone’s head off.

“What are you doing?” I asked.

“Thieves often case houses during the holidays. That car is definitely up to something.”

“But, you might shoot your leg off or worse still murder someone.” Fear gripped me.

The car crept back down the driveway near the house, lights off. Two shadowy figures emerged from the backseat. They approached the house.

“Be careful,” I said with a shaky voice.

“I’m only going to scare them.” He looked pretty frightening, his hair stood up on end with soap still clinging to each tress, barefoot and with his towel wrapped at a rakish angle. Water dripped off him on his way out.

I trailed behind him. The dark figures approached from our sidewalk as if in slow motion. One kept turning back to the car, which had begun to creep back up the hill toward the street to a position to watch and wait.

My husband went out the side door. He lifted the gun with one hand and held the towel with the other. “Stop or I’ll shoot.”

The two figures halted as if slapped. The taller one removed the hood from the hoodie.

A voice came from the car, which had once again eased back close to the house, apparently to retrieve its captured passengers.

My husband called for them to stop. But he had lowered the gun barrel and seemed to be holding the towel closer to him.

“Dad, it’s us, Mary, Pete and the girls. We wanted to surprise you.”

I threw open the door. Our daughter, son-in-law and two grand children emerged from the darkness.

They had flown in from Rhode Island as a surprise. A big Christmas surprise, they explained in shaky voices. Instead they’d nearly frightened the two of us to death.

My husband, who by now was clutching the towel for dear life, standing as he was nearly naked in front of his daughter and two grand daughters, shivered from the cold and said, “You’re lucky I didn’t shoot your heads off.”

They began laughing, explaining how they had called us from the airport this morning to wish us a merry Christmas. Laughing more. “We didn’t tell you we were about to board a plane and would see you in a few hours,” our son-in-law said. But, we didn’t find it funny. Living secluded in the woods and being surprised by a strange car creeping down our driveway like that. Nope, not funny at all.

Once everyone settled down with a warm drink, we relaxed and enjoyed the rest of that Christmas evening, grateful it had not ended in a tragedy.