I’ve blogged on dialogue before, but because dialogue is so important to good fiction-writing, I decided to revisit the topic.

Before we look at the seven tips, let’s talk about what great dialogue is and what it isn’t #amwriting

First, great dialogue flows seamlessly. If the reader has to go back to figure out what was said or who was talking, something went wrong. Second, great dialogue is not what we speak. If you try to write as people speak, you’ll put all of us to sleep. Great dialogue mimics speech but doesn’t copy it. Make sense? 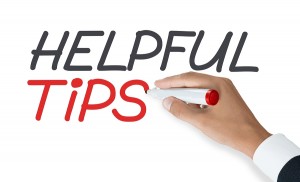 Tip Number 1: Don’t have your characters talk about things each one already knows. In other words don’t allow one character tell the other character about the time they both experienced. Both know what happened. Both do not need to discuss it. If it’s something you feel must be said, you have to figure out another way to do it.

Tip Number 2: Don’t have your characters talk about fillers. They don’t need to discuss the history of a place unless there’s a reason for doing that. If your only reason is to share the history with the reader, then figure out another way to do that. Otherwise it feels (and is) contrived. Do you go out with your friends and start spouting out the history of a certain place or its people?

Tip Number 3: Give your characters feelings and emotions while speaking. Instead of going from one dialogue bubble to another, show how someone responds to statements. Do they blink several times? Do they stiffen? Does their face redden?

Tip Number 4: Consistent with Tip #3, make sure the dialogue fits with the emotion you just showed. If a person reddens, they probably felt embarrassment. Maybe they stutter in next statement or their speech is full pauses and sighs.

Tip Number 5: Read your dialogue out loud. Even though dialogue isn’t mimicked from speech, we can pick up overused words or ill-sounding phrases when we read our dialogue out loud. Preferably read to another person. But, if there are no other humans around, read to your dog or cat. A tail switch can tell you a lot.

Tip Number 6: Real life is full of deadly dull dialogue. People running on and on about nothing. When we write novels, we must not bore our readers. Some books are full of internal dialogue that puts the reader to sleep. Putting quotation marks around an internal piece and making it spoken does not correct the problem.

Tip Number 7: Give your characters certain dialogue consistencies. For example you might have a character who always says, “Do you get what I’m saying?” or one who apologizes all the time or one who finishes the other’s sentences. Recently I read a book where the author described a character’s speech as always ending in a question. The character felt insecure and each statement ended with upward intonation. As a result, every time that character spoke a question-marked appeared at the end. Even when no question was asked. That was very clever of the writer. Of course that writer was Pulitzer Prize winner Richard Russo,

There you have it. My 7 tips for writing great dialogue. What tips might you add?

If you liked this post, take a look at the video I made about writing dialogue