Part of writing is understanding punctuation. We all know what a period means, but do we understand the meaning of commas, semicolons, ellipses, dashes? As writers, we use punctuation to help us “express” what is on the written page. For that punctuation to work, we must all understand it. 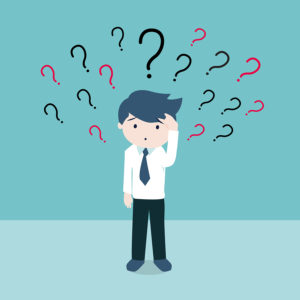 Most publishers use a traditional convention for punctuation. Strunk and White’s Elements of Style was the bible for most journalists. Academicians use the California Manual of Styles. Fiction publishers use their own conventions, most adhering to the California manual. Why do we need conventions? The main reason is so we’ll all be reading on the same page. In other words, if you see a comma, you read in a certain way. That sentence contained a comma before the word comma and after the adverbial clause beginning with “if.” You probably didn’t notice the comma because of tradition or convention. Without convention, we’d all be reading sentences in different ways. That would not bode well for writers.

Here are some typical punctuation mistakes:

Mistake #1. No comma in a conjunctive sentence unless the second clause has a noun and verb #grammar

A semicolon is used in the place of a full sentence not separating series. (There is an exception which we’ll look at later). Here’s an example. I went to the ballgame; Jane decided not to go. The semicolon replaces the conjunction (and or but). You can use a semicolon to separate a series when each part of the series is very long and commas might confuse the reader. Here’s an example: Whenever I have a job to do, I tend to walk the dog for an hour before the job is scheduled to begin; to call my mom before I go for the walk and before I do the job because she’ll call me while I’m out; and to remind my neighbor that I’m going out because he might worry about me.

Semicolons are rarely used in fiction.

Mistake #3: The use of ellipses is most confusing to most writers #grammar

Ellipses are those three little dots. My editor is always correcting me. Here’s my take on it. When there is more to say or the sentence runs off. For example, “I couldn’t tell him how much he hurt me because…” The reader understands that there’s more to say. Something is left out. The reader intuits what that something is, but…

The second use for dashes is to set off a series, particularly when that series is long. But it could be to emphasize something. Example:He pulled everything out of his pockets–loose change, a theatre ticket, his cell, my photo– and threw them on the table.

These are just a few of the mistakes in punctuation that many writers make. What mistakes do you make the most? What punctuation issues drive you the nuttiest?